We were excited to have brightest minds in the industry to present at Image Sensors Europe 2021: 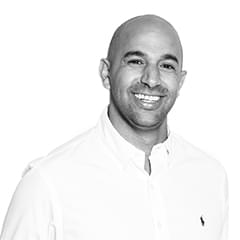 Chair of VLSI at EPFL

ASD Technology and Product Strategy Director at ON Semiconductor

Founder and CTO at Gidel

Chenmeijing Liang works as a Technology & Market Analyst within the Photonics & Sensor division at Yole Développement (Yole) since 2018. As part of the Imaging team, Chenmeijing contributes daily to analyses of CIS markets, related technologies and market strategies of the leading semiconductor companies, as well as the quarterly Monitor. Prior to Yole, she was engaged in the development of R&D projects: Chenmeijing was a member of Group PSA R&D department where she worked on Vehicle Imaging projects. In addition, she assisted with various technical and commercial projects. Chenmeijing Liang holds a Master's Degree in the field of Applied physics and Optical engineering from Paris-Saclay University and University Pierre and Marie Curie UPMC (Paris, France).

Since 2011, Vladimir Koifman is CTO of Analog Value Ltd. developing new approaches in image sensor design. Prior to that, in 2004, Vladimir co-founded Advasense image sensor company acquired by Pixim, and, later, by Sony. Prior to that, he co-founded AMCC Israel analog design center. In 90s, Vladimir worked for Motorola Semiconductor, developing mixed signal processors for the company's mobile phones. Vladimir has authored 10 papers and received over 50 patents. Among his other activities, Vladimir maintains Image Sensors World blog over the last 10 years.

Wim Wuyts is the Gpixel’s Chief Commercial Officer and in charge of Gpixel’s global marketing and sales activities. Wim received his MSc Electronical Engineering from the University of Antwerp, Belgium in 2002 before taking his first steps into image sensors. Since that time Wim has built up significant experience in application support, sales, marketing, business development and general management functions in CMOS image sensor companies such as Fillfactory, Cypress Semconductor, On Semiconductor, CMOSIS, ams and Gpixel.

Kazuhiro Morimoto received the B.S. and M.S. degrees in applied physics from the University of Tokyo, Japan, and the Ph.D. degree in microsystems and microelectronics from École polytechnique fédérale de Lausanne (EPFL), Switzerland, in 2011, 2013, and 2020, respectively. Since 2013, he has been working for Canon Inc., Japan as a semiconductor device engineer. He engaged in pixel design of large-format CMOS image sensors. In 2017, he joined AQUALab, EPFL, Switzerland as a doctoral assistant, where he received Swiss Nanotechnology PhD Award and Fritz Kutter Award for his research outcomes. His interests include multi-megapixel SPAD image sensors for low-light imaging applications, and time-resolved applications such as LiDAR sensing, fluorescence lifetime imaging, and Raman spectroscopy.

Avi Bakal, Co-Founder & CEO of TriEye has achieved a mass-scale technological breakthrough in record time, creating a giant leap in ADAS & AV safety, reliability, and functionality. Avi is an experienced multidisciplinary Physicist and Electrical-Engineer. He has a BSc in Computer Science & Electrical-Engineering and an MSc in Applied Physics specializing in optics and lasers. Avi served as a combat commander in a special Air-Force unit. Earlier this year, he was named as CEO of the Year by ISE.

Jonathan is responsible for Pleora’s day-to-day operations, including the company’s expansion into embedded, AI, and machine learning solutions. Jonathan joined the company as CTO in 2018, and brings extensive experience from the quality inspection, machine vision, and sensor networking industries. He has a Bachelor of Applied Sciences in Computer Engineering from the University of Waterloo and a Master of Engineering from McGill University.

Dr. Bernd Buxbaum is the CEO and founder of pmdtechnologies, the pioneer of 3D Time-of-Flight depth-sensing technology.
In his presentation he will give an in-depth look into the future advancements of 3D data by using artificial intelligence and combining it with application specific sensor optimizations like Spot iToF for increased performance in changing use-case scenarios.

Ryan is the Chief Technology Officer for Kernel and has led the development of the Kernel Flow TD-fNIRS product since 2018. He holds B.S. degrees in Electrical Engineering and Physics from North Carolina State University, and M.S. and Ph.D. degrees in Electrical Engineering from Columbia University. Prior to joining Kernel, he developed Time-of-Flight sensing systems at Quanergy for their Solid-State LiDAR products and previously worked at Intel. Ryan has been working on Time-of-Flight imaging systems since his Ph.D. research and is dedicated to the pursuit of engineering endeavors that can improve the lives of others.

Albert Theuwissen was born in Maaseik (Belgium) on December 20, 1954. He received the degree in electrical engineering from the Catholic University of Leuven (Belgium) in 1977. His M.Sc. thesis work was based on the development of supporting hardware around a linear CCD image sensor.
From 1977 to 1983, his work at the ESAT laboratory of the Catholic University of Leuven focused on semiconductor technology for linear CCD image sensors. He received the Ph.D. degree in electrical engineering in 1983.
In 1983, he joined the Micro Circuits Division of the Philips Research Laboratories in Eindhoven (the Netherlands) as a member of the scientific staff.
In 1995, he authored the book "Solid-State Imaging with Charge-Coupled Devices". This work is still considered as one of the main textbooks in the field of solid-state imaging. In 1998 he was nominated as an IEEE distinguished lecturer.
In March 2001, he became part-time professor at the Delft University of Technology, the Netherlands.
In April 2002, he joined DALSA Corp. to act first as the company's Chief Technology Officer and later as the Chief Scientist of DALSA Semiconductors.
In 2008 Albert Theuwissen received the SMPTE's (Society for Motion Pictures and Television Engineers) Fuji Gold Medal for his contributions in research, development and education in the field of solid-state image capturing.

Chair of VLSI at EPFL

Edoardo Charbon (SM’00 F’17) received the Diploma from ETH Zurich, the M.S. from the University of California at San Diego, and the Ph.D. from the University of California at Berkeley in 1988, 1991, and 1995, respectively, all in electrical engineering and EECS. He has consulted with numerous organizations, including Bosch, X-Fab, Texas Instruments, Maxim, Sony, Agilent, and the Carlyle Group. He was with Cadence Design Systems from 1995 to 2000, where he was the Architect of the company's initiative on information hiding for intellectual property protection. In 2000, he joined Canesta Inc., as the Chief Architect, where he led the development of wireless 3-D CMOS image sensors. Since 2002 he has been a member of the faculty of EPFL, where is a full professor since 2015. From 2008 to 2016 he was with Delft University of Technology’s as Chair of VLSI design. He has authored or co-authored over 350 papers and two books, and he holds 21 patents. Dr. Charbon is a distinguished visiting scholar of the W. M. Keck Institute for Space at Caltech, a fellow of the Kavli Institute of Nanoscience Delft, a distinguished lecturer of the IEEE Photonics Society, and a fellow of the IEEE.

Holding a Masters Degree in Electrical and Electronics Engineering from Technion - Israel Institute of Technology.
Vast experience in leading engineering efforts in the fields of Image Processing and Computer Vision, with excessive knowledge in developing applications for thermal cameras.
At Adasky, Igor is leading the development of thermal cameras and unique calibration tools for automotive and public health applications.

Patrick Robert received an engineering degree in microelectronics from the CUEFA-ENSERG de Grenoble, France, in 1988. He was with Thomson-EFCIS in the analog design of telecommunication circuits for 5 years, after which he joined Dolphin Integration for ADC design, for 6 years. Since 1999, he has been involved with infrared readout circuits design (ROIC) at SOFRADIR and ULIS, Grenoble, France. He was in charge of the ROIC designer’s team of ULIS until 2018. Since LYNRED fusion he is now senior expert in the Video Chain Electronic Design.

Jerome Pratlong has a bit more than 20 years of experience in CMOS design from which 14 years in imaging. Jerome experience in imaging detector was as designer and design lead of CMOS detectors developed for space missions and ground astronomy applications. For the last 6 years as CMOS chief engineer Jerome is responsible for the development of CMOS detector for Space, Astronomy, high energy physics and ROIC for IR solutions. Further to this Jerome leads the CMOS R&D and new technology developments associated. Jerome has published technical papers in various workshops and conferences.

ASD Technology and Product Strategy Director at ON Semiconductor

Sergey Velichko worked in various teaching and R&D positions at the KPI, Micron Technology, HP, and, starting in 2007, at the ON Semiconductor (former Micron Imaging and Aptina). He authored and co-authored more than 50 publications and 70 issued and pending patents. His interests include intelligent sensor technology and product strategic development, novel imaging pixel architectures, pixel modeling, and innovations in automotive imaging sensor designs. He is a Senior IEEE Member.

Dr. Stephan Junger received the Diploma degree and the Dr. rer. nat. degree in physics from the University of Erlangen-Nuremberg, Germany. His work included optical subwavelength gratings and miniaturized spectroscopic sensor systems. Since 2000, he is with Fraunhofer IIS where his interests are focused on optical sensors with integrated filters based on nanostructures. Since January 2017, he is group manager of the Optical Sensor Systems Group of the Department Integrated Sensor Systems, and the business fields of the group include customized image sensors and spectral sensing.

Founder and CTO at Gidel

Mr. Weintraub, Gidel's founder and CTO, is a long-standing system architect and algorithms guru for FPGA based systems. He has led many innovations, some considered as mission impossible, such as retrieving lost data from JPEG compression. Prior to founding Gidel Ltd in 1993, Mr. Weintraub served 10 years in Medical Imaging companies in both technical and management positions. Mr. Weintraub holds an MSc. in Electronic Engineering and a BSc. in Computer Engineering from the Technion Institute of Technology Haifa Israel.

After several executive positions in B2B Sales and Marketing, Dr.-Ing. Ronald Mueller founded Vision Markets in 2014 with the mission to support companies to grow in the Imaging field. Quickly, Vision Markets became the leading Marketing and Management Consulting Company dedicated to the global Machine Vision industry. With a team of currently 8 co-workers Vision Markets has already supported over 55 SMEs as well as multi-billion dollar companies from Tokyo to Vancouver. The quality of the offerings derives from the technical know-how of imaging technologies, the market expertise built since 2002, and the executive management experience of its consultants. On this basis, Vision Markets enables its clients to grow with strategic consulting services in Marketing, Sales, Product Management, and Corporate Acquisitions. Operational outsourcing services like recruiting, public relations management, writing of marketing content, and digital marketing are complementing the portfolio. Furthermore, Ronald is member of several Machine Vision innovation award juries.